If Google can be credited with anything in this world, beyond not being evil, they deserve to be recognized for a brilliant execution of a business plan they never really intended, but have allowed to flourish. The business plan I am referring to is the whole Make Money From Google genre of eBooks, Online Courses, membership sites and coaching campaigns that have sprung up around AdSense.

In Offervault, there are no less than 40 campaigns running right now that Feature a Google work from home type campaign. The campaigns are generally along the same lines as far as content goes, they tell the end user to pick a niche, then start a blog or other website, place AdSense ads on it and start article marketing your butt off.

While the formula is simple enough to understand, get an army of marketers all selling people who want to be marketers. Along the way Google gets richer and garners more traffic from searches because of this subculture of online marketing entrepreneurs. Google seems to be a willing participant in this organic movement in that the sites that promote these types of campaigns all have Google in the name of the URL. I can only assume that these sites continue to operate sans the usual Cease & Desist letters most infringement cases are plagued with. I would hope Microsoft takes this cue as well.

So why isn’t Microsoft making Bing more attractive to would be marketers. Granted they only have a sliver of the search market, Bing has been reported by Reuters as grabbing “12.1 percent of U.S. Internet searches for the work week June 8-12″, according to data released by industry tracker comScore earlier on Wednesday. The prospect of having throngs of marketers promoting Bing as the next cash cow could add that and more to their numbers, without spending $80MM.

Google’s many Biz Opp campaigns for performance marketing channels is completely organic in its growth. Marketers early on realized that niche websites can get clicks on AdSense text ads and in turn one can make a decent additional income from this sort of arrangement. If MS with all of it’s monster marketing budget could transform Bing into an entrepreneurs dream, they could increase market share in Search. Furthermore, if they could encourage Bing toolbar downloads, just as Google did with it’s toolbar for IE and Firefox, it’s share would grow even larger.

For Microsoft to shed it’s agency based marketing plans in lieu of online entrepreneurs organically growing their numbers, is probably a pipe dream. But if they were to make Bing friendly to the online performance marketing channels such as CPA Networks’ publisher bases with a well thought out approach to getting these marketers to promote Bing based make money online campaigns (i.e. work from home type campaigns), they could save a lot of sheckles in the process.

What self respecting I wanna be rich tomorrow, but only want to spend an hour or so a day getting there biz opp prospect could resist the temptation of the headline The Worlds Richest Company Wants To Pay You To Start a Business. Turns out it, this would actually be a true statement. 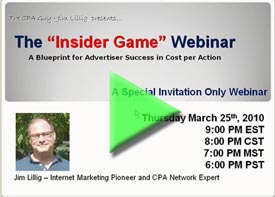 The Insider Game – Building The Perfect CPA Campaign for Advertisers 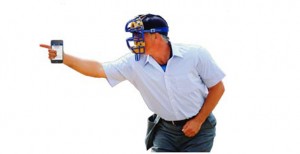