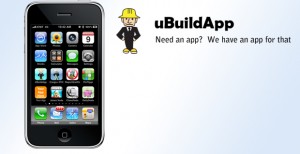 OK, so I am sitting with my 11 year old daughter last night, and she is showing me the 60 or so apps she has downloaded for free into her iTouch. Of course at 11 she is giving me “tude” about my even questioning her judgment on which apps she has.

Unfortunately for her, I found several apps she had no explanation of why they were on there.  Under much protest, we removed them and to her surprise she found out that her aging father might actually have a clue about this Internet and mobile thing.

But while I was looking at the plethora of junk she had accumulated, it occurred to me that almost any business can benefit from using this form of connecting with their clients. I know nothing groundbreaking there.  And then again, is it only for the 20% that download apps and only those who have iPhones.  But that universe is about to explode in June when Apple releases the iPhone from its ATT shackles.

According to Larry Dignan at ZDNet, Apple’s market share increase from 2008 to 2009 has almost doubled from 8.2% to 14.4%, respectively for worldwide smartphone sales by OS. This means they are expanding.  And as Android and

BlackBerry catch up, it seems the App Universe is not going to slow any time soon.

So this brings me to the point.  If you missed the initial boom on the Internet, you may have yourself a bona fide way to cash in now.  Here’s why:

I know I am hopping on a big bandwagon, but I also want to add a few comments on how an App can be used to grow a user base as well as enhance existing customer relationships.  To me this seems like the point of an app, unless you are

just a philanthropist and enjoy seeing “what happens if I do this”.  Most of you reading this will fall on the let’s make some money side of the equation.

So here’s a quick and dirty rundown of what you want to include in an App to make it keep your customers coming back and wanting more.

While these guidelines are all well and good, what you need is flawless execution of the App.  This is where you have a great many choices to dip your feet in the water.  A search for “iPhone App Developers” turns up 1.19 million results in Google.  So how do you choose who to work with.

The other question is, how much do I want to pay to get my feet wet.  The cost of App development is usually between $80 to $150 per hour of development, and that number can rise significantly if you want advanced features.

But there is a way to get into the pond without having to commit your kid’s college fund to find out if this is for you or your company.  A good friend of mine, Brad Waller, has developed a new service called UBuildApp, and it is about the simplest way to get involved without making a giant commitment.

The pricing starts at just $99, and you get a decent amount of content integrated into the App.  This includes all the content you have in .pdf’s and on your site.  But it doesn’t end there.  They have some pre-done buttons that you can choose to add into your App.  This includes useful widgets such as:

The uBuildApp is designed to get you started.  Of course this is a lower level approach to get you there as it is an automated wizard approach for the base price.  You can add additional functionality for additional fees, but they seem to be reasonable.

I spoke with Brad Waller about expanded services, and while they are able to take an idea from whiteboard to finished app, the cost is determined by the specific usability that you want baked in.  He mentioned that a really custom App could run anywhere from a couple thousand to several thousand.  He did also mention that they are open to discussing revenue sharing options for Apps that may have strong potential.

In either case, for $99 you can get into the game, get some quick feedback and then build the App your users want from you.  As with the lottery, you cannot win it, if you are not in it.

The Power of a Phone Call and Affiliate Marketing

Digital Copyrights. How The Times Changed.

The State of CPA – A Report Covering CPA Network Distribution Trends for Advertisers, Networks and Publishers