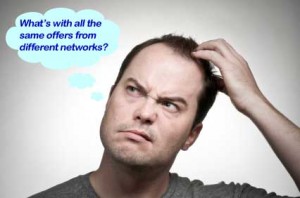 So you are poking around in Offervault and you see the same offer like 10X from all different networks, and at all different campaign rates.  WTF?

So now you believe that an offer that is listed at $10.50 can’t be the same offer that another network has for $7.25.  You click on the landing page and they are exactly the same.  So what gives?

Here is a concrete example so you can see this in action.  Log in to Offervault.com (accounts are free), and type in “ab circle” You are met with the first few results that are for the Ab Circle product.  The first listing is for $70.50 per sale from VanceAd.

The second result is also for $70.50 but it is from Abacus Affiliates.  The next result is for the same product with the same landing page, but the payout is now $70.00 and it is from Axon Media Group.  In fact there are 29 results for the term “ab circle” and almost all of them have the exact same landing page.  Some are Cost per Lead type commissions, and some are Cost per Sale commissions.  The commissions range from $70.50 all the way down to $33.00.

Same landing page for all of these campaigns.  Only difference seems to be the payout.

This is a common occurrence that seems harmless on the surface, affiliates will tend to flock to the network with the highest payouts, given all other parts are equal.  But this is where it gets cloudy.

When a network works an account as the Agency of Record (AOR) the advertiser is interested in having them get the cleanest traffic they can to an offer that will convert in the greatest numbers.  This is why they work with a network exclusively on this campaign.  The Advertiser trusts that the network will in many cases work within their own network of publishers to get traction for the offer.  But often times this is not enough traffic to support the exclusivity.  And either one of two scenarios occurs.

The network will seek our new partners OR the Advertiser themselves will break their exclusivity clause and work with other networks.

In the latter, the Advertiser negotiates the rate with each network they work with directly.  This is NOT a cross pub situation.

In the former, the Network cross publishes the campaign to another network at a rate less than what they are receiving from the Advertiser, but more than the street price that they display publicly.  This then allows the 2nd network to offer the campaign to their publishers without their pubs having to leave them and seek the offer elsewhere.

So it follows, as an affiliate, you always want the highest payouts.  But you also want to work with networks you know and trust.  These are different to everyone, as each affiliate relationship is different.  But when a campaign is listed several times in Aggregator sites like Offervault, the transparency of the cross pub tactic is exposed.

And while you may be thinking, hey I am affiliate and I have the right to switch to any network I want at any time (if they’ll have me) you are correct.  What you want to get to, is the parent network, that network that has this campaign as the AOR is always going to be able to pay you the most for that offer.  They are the fountainhead from which the offer emanates and therefore they have the largest payout since they are sending this to other networks.  Sometimes without the knowledge of the advertiser.

The downside of this is that you now need to deal with multiple networks, which can be frustrating particularly if you have not built up a good rapport with your Affiliate Manager.  What you really wanted to do was go back to the handful of networks that you have always had a good experience with and get the offer from them.

If the offer is available, your Affiliate Manager at your trusted network will be able to track down the AOR network and should be able to get the campaign in their rolls.  Sometimes, you get a rookie AM who hasn’t a clue on how to find the AOR and they end up getting it from a cross pubbed relationship themselves.  Thus lowering your chances of getting the best payout.

So now you might be saying, yeah, so what.  I got the campaign I wanted and we are all good.  Not so fast.  The first in line usually gets paid.  Those behind them, well that can sometimes be difficult.  Naturally, as campaigns get cross pubbed between networks, there is often a disparity in the quality of traffic.  Some networks are very vigilant about this and others, well lets just say not so much.  So this trickle down also applies to getting paid.

If you deal with the AOR or 1 removed from the AOR and you are with an established network with a history of consistent payouts, chances are very good that you should get paid.  This is due to the fact that the parent network always takes care of its own, lest they want to lose the account.  The trouble starts when other networks below them begin to move the offer from network to network.  The traffic can get diluted and the chances of getting paid become less and less.

I know of several networks who will NOT work with other networks because they have had many issues with cross pubbed campaigns not getting paid.  Thus they prefer to work only with publishers directly, and if they do let out the campaign to another network, they stipulate that the campaign is NOT to be made public to Aggregator sites. They do this because they want the network they published the offer to, to take action on a very one to one level. They expect that the other network will then contact their affiliates by phone and email to let them know they have the campaign and it is Private to their network.

The networks that work together in this way, do not bastardize the parent networks’ exclusive status with the advertiser because it is not being made public.  The pubbed to network is doing their job by making the campaign available to affiliates with the least amount of pain possible and a high degree of confidence that the sales or leads will be compensated.

In addition, because some networks will cut their margin % so low that they cannot make enough profit to run the company reliably, you may get stuck not getting paid.  If a network cannot eek out at least 10% to 20% margin, it makes it difficult for them to operate.  This literally means that they cease to exist.  If they cease to exist, you probably aren’t getting paid.

In conclusion, you will always want to work with trusted networks that you have built up a relationship with.  If they are a large enough network, many times they will already be the AOR on an offer.  You should always ask.  If your network is NOT the AOR for the offer, then either do one of two things.

Cross publishing campaigns among networks is all too common, but getting the right network to work with on them is critical in you getting paid.  Make sure to do your homework and work with your AM to get what you want from the trusted partnerships you have built up.  These will pay off for you much better than jumping from network to network, looking for the absolute highest payouts.  Always err on the side of trust and experience with a network over the allure of a higher commission. 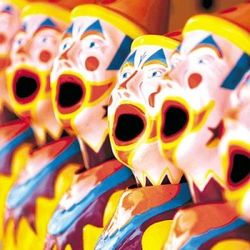 Madison Ave. Doesn’t Get Digital Marketing – What a Surprise 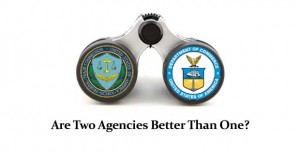