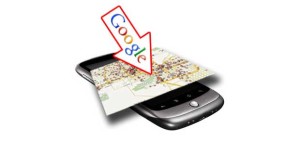 If Google’s Next Frontier is Mobile Advertising So Where’s Cost Per Action Fit In?

Recently, Google held its Q3 earnings call with analysts.  Google touted a $1B annual revenue number from mobile ad revenues.  They also revealed they feel that display will be a large part of the ad revenue going forward.  But nowhere did they mention cost per action.

Here is the link to mobiThinking who has synopsized the call really well:

Very interesting call.  Just when will Google extend the CPA model to their advertisers?  We always hear about CPM and CPC and even CPV (video, splash screens, etc.), but those models only hint at the engagement power of the channel.  TV is done on a performance model in non-prime time slots, why not mobile ads?  Google is testing cost-per-action with both display and search ads for the desktop already.  Applied to the mobile space, this model would allow app owners/developers and mobile site publishers to realize greater eCPM’s and Google would be able to attract a much wider array of advertisers.

If you think about it, local merchants, the same ones Google is betting on flocking to mobile ad buying mobile ads by the millions, are going to want more bang for their buck than simply “branding”.  SMB’s  want foot traffic, they want coupon redemptions,  registrations filled out and ultimately they want measurable ROI.

Currently, Google does give a glimpse of what a performance model might look like with their new “Expandable Maps” initiative for advertisers.

Upon expansion the ads pinpoint the business location on a map, along with a click-to-call phone number, and an option to request turn-by-turn directions. Advertisers are only charged when a user chooses to call the business or visit its website, but not when users expand the ad to view the map information or access directions.

Announcing the format in a blog post yesterday, Dai Pham, a member of Google’s mobile ads marketing team, said the company believed providing mobile users with more calls to action and more options to connect with advertisers would help increase their interaction with the new format.

Because of the nature of the ads, they’re likely to appeal mainly to local advertisers, or national advertisers with local presences such as retailers or restaurants, for example. Because the ads are baked into Google’s AdWords product, marketers can, in theory, have ads up and running in a matter of minutes.

I envision a mobile ad landscape in the not too distant future where Measuring past the click or impression will become the norm instead of the exception.  Google made no mention of that model, only that they are finding $1B worth of advertiser’s dollars that more than likely will be wasted.

Although the call also produced Eric Schmidt saying he believes mobile search will eventually be worth as much or more than PC search because ads will be more targeted.”

Advertisers will want to measure the performance of these ads by more than just increased sales, they also want insight. In order to optimize retailers and advertisers will ultimately understand that the tracking options to measure ROI is baked into mobile devices and apps. Consumers showing sms mobile promo codes and coupons to clerks or better yet a barcode scanned or click to call phone calls can deliver the feedback loop that can allow advertisers to better target their ad spend.

Buying CPM or CPC tracking ends at the click for Google’s reporting system, and yes I am aware they have Goals in the Google Analytics suite. What I foresee is an ad platform that delivers real time cost per action results with measureable eCPM.

Also from the Google earnings call “Retailers are interested in guiding consumers who search on a relevant product to their nearest store. @39:40 For example, if you search on car rental in the US, you should see an ad for Enterprise Rental Car, click on it and it will tell how far it is away with a link to a map.” See, take an “action”. Cost per Action in Action except with no way to tell the advertiser that this was the reason why the consumer chose them. No insight. No feedback loop.

In mobile, you can measure those results and this is what the local merchants will ultimately fork over the cash for. I ran a local and regional services company for several years before “digital” and it was performance we could measure that kept us paying for advertising. Not branding, not on the local level. This is the secret sauce of pay per click. Advertisers want performance ROI at the end of the day. Branding helps the end user make the decision, but a call to action is what gets them thinking and ultimately taking action. All I want is to measure it.